Bitcoin is currently breaking down from the triangle consolidation structure.

But is this a bearish breakout for Bitcoin?

I don't think so but it is a bit more complex than that. Let's take a look into what is going underneath.

From a trend perspective it is clear that it has been marking down very consistently despite of a few days of sideway consolidation.

But price is now finally printing a new low and in the process we can see a slowdown in terms of momentum captured by the RSI. We can observe a small divergence in late May and we are probably in the processed of creating a major bullish divergence between mid May and mid June.

We are at a technical support level Volumes are also declining strongly. To me this implies that there isn't enough sellers and sooner or later price need to test highs to recapture more liquidity.

Down bellow, I will cover some Futures and orderbook analysis.

Under these circumstances it is likely that price either bounce from these 32k levels or smart money will attempt to force price towards next support range in order to trigger some stops and liquidations.

30k is considered key psychological level due to the 'round' number. A lot people will deposit faith that "if it breaks that level it is very bearish" and that is why considerable amount of stops might also be placed in that range.

This could mean that we can see a forced push toward the 28-30k range (see S/R in chart above) to tigger stops and capture all that liquidity.

At first sight the chart structure start looking bearish due to how price action is marking down aggressively.

But in the chart bellow we can observe that the Perpetual Swaps are trading bellow the baseline (coinbase spot price). This can mean one or two things:

• Demand coming from spot is so strong if form of strong absorption of selling via strong sized Bids in the orderbooks.

We can also observe that Futures contracts are all pointing down somewhat aggressively. Which is a clue that this is more related to strong demand coming from spot as all contracts are moving down exactly at same time.

When Swaps v Spot basis keep trading negative, it will influence funding rates which in most cases are calculated, generically speaking, based on a 8H time weighted (T-WAP 8H) average of the difference between Swaps prices and the Spot Index.

When Swaps v Spot basis keep trading negative it will influence funding rates down the road. We can see in the chart above that funding is recently trending down bellow 0% rates.

This is creating conditions for smart money that is willing to buy at lows while everyone is selling. By opening positions when rates come down, they will support price coming against them but will secure interest coming from funding rates being negative. There is an incentive to provide liquidity to the opposing side sitting against the price trend.

When Funding Rates are negative. Long positions get paid by Short positions in the Perpetual Swap Markets and vice-versa.

Rates are now in negative territory. We can deduct from this point that we will see more bidding coming from smart money and retail willing to take the risk at buying these lower ranges.

However, it is important to understand that smart-money can deploy liquidity over period of time and sustain more bidding at lower prices even if it keeps going aggressively against them in the short term. Because negative funding rates will also increase and bring extra incentive to hold those long positions as result.

Let's take a look at Coinbase and Binance - both spot markets - orderbooks. For that I will be using Tradinglite which take snapshots of the bid and ask side and display in the form of a heatmap.

We know that from the charts discussed above that Swaps trading bellow spot but here we can see the why.

There are ongoing strong demand placement in the bid side of the books. Coinbase and Binance, two of the most important spot markets, are showing strong bidding from 35k down to 30k and extra 28k.

The white clusters are a representation of stronger orders being placed under price while it keeps marking down.

This is evidence that smart money is stepping in to strongly buy any of the panic selling coming out of the sell pressure because of the compressed triangle range seen in the first chart above.

The only thing we can know with some degree of confidence is that Bitcoin is being transferred from weak hands to strong ones.

If this demand prove to be strong enough we can see a bounce from this range and possibly test the upper 45-48k range which is the next structural resistance range. From that point, we would have to look into the books again to see what is going on and how derivatives markets are reacting to it.

But we can still pretty much see another forced leg down towards the 28k to trigger the 30k "psychologic" stops I spoke about earlier in this article to get extra liquidity as volumes are currently still very low.

Overall from a trend perspective the trend is pretty much down but it can change very soon because of reasons discussed above and it has been a few days of consistent downtrend with no meaningful pullback or retests of lower highs.

So that is it for this analysis!

Hope this was a useful analysis and something new to learn was shared.

Remember that nothing is ever linear in the market. This analysis is my subjective interpretation of a small sample of data available to us.

Liquidity, supply and demand is spread across multiple markets. Likewise, the market dynamic can also change very sudden. However, with these insights, some of you will hopefully develop some useful heuristics for your own market studies.

If you are interested in a suite of premium indicators for Tradingview. Head to link bellow and get your D7 Suite subscription. 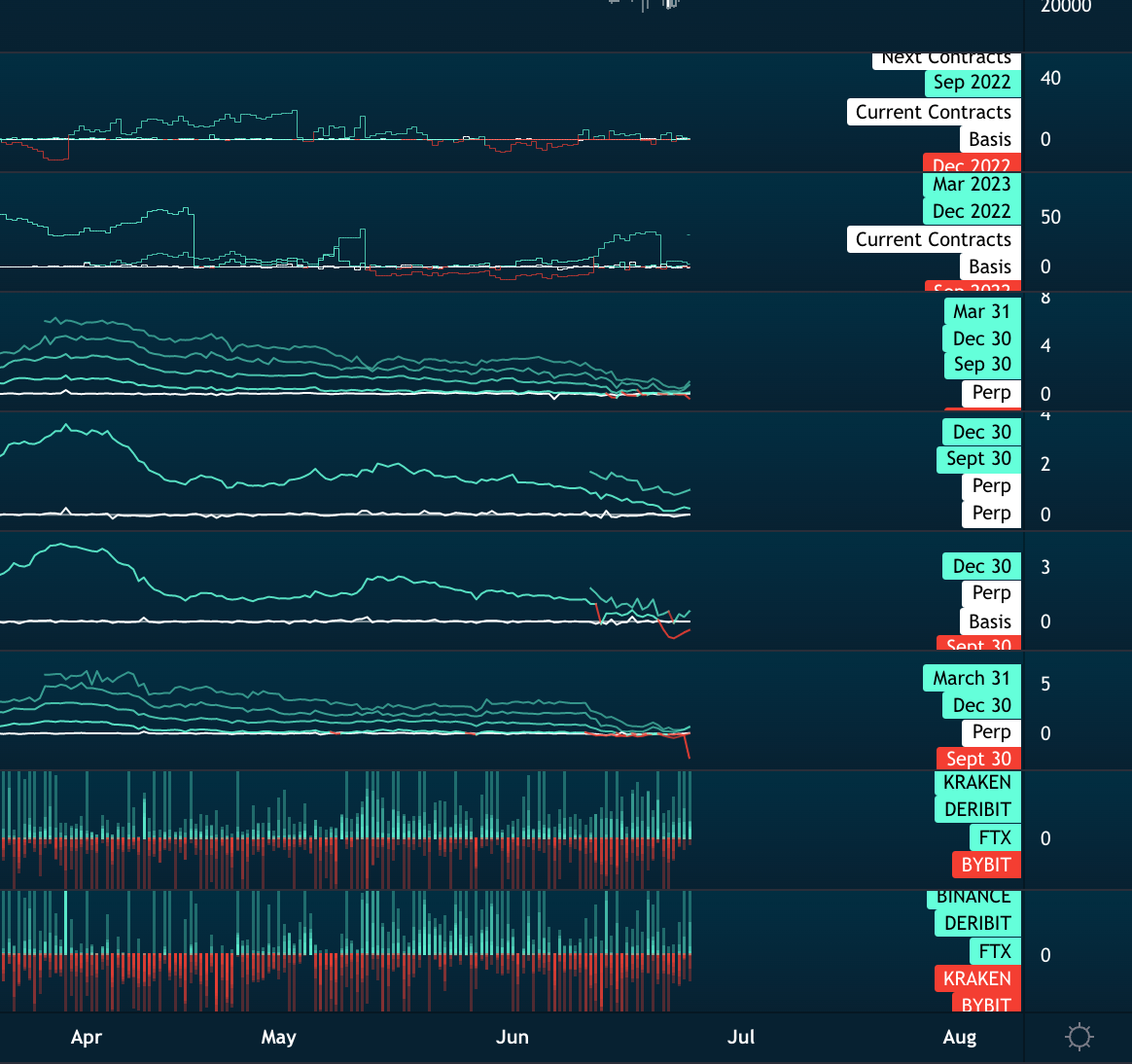